If you want more detailed information about certain aspects of LiteBringer or need help, the following extended instruction will help you.

Create an account and save your key into a file. Make sure you also keep your password secure. There is no possibility to recover a lost address or password! Click on Confirm and the blockchain data will be downloaded. This could take up to several hours.

There is no way to recover a password so keep it secure.

Create your first character by clicking on "Create Character" on the Characters screen. At the bottom half of the screen, you will find detailed information about the class you have selected. Choose a class, click on "Create" and send your new character on the first quest.

In the beginning, you can choose a fighter, rogue or a sorcerer.

It can take a few minutes before the quest starts. Some quests take several blocks to be completed, which is indicated by the "On Quest" tag in front of the quest name. You will recognize a successfully completed quest by its yellow border around the quest state and the "Finished" tag in front of the quest name. If a quest grants a loot reward, the "Loot" button will be displayed in orange. Click on “Loot” and you will find detailed information about the gained loot reward.

In the character overview, you will find detailed information about the progress of current quests.

Hovering over its portrait will show you detailed information about the quest.

Open the Inventory tab. On the right you will find the three reward items you have received for completing the previous quest. Drag and drop the items into the item slots and you will notice that the Power value of your character at the bottom of the right table increases.

Drag and drop the item you want to equip to the fitting slot.

Open the Quests tab and you will see that your monster can now be defeated. Send your character on the quest and wait until it is finished. You will obtain some new items as reward. Repeat both quests until you find some useful items for your character class and equip your character with them. 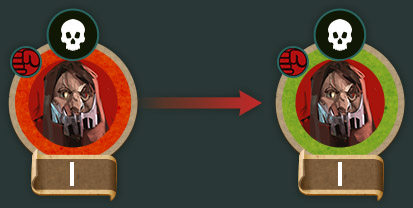 Quests borders turn green when they can be completed successfully.

To make your character even stronger you can upgrade its equipment. Equipment items can be upgraded with Elemental Stones of the same element. You can find the item's element in the upper left corner and the item effect in the upper right corner of the item.

Element and effect are displayed in the upper half of the item.

Elemental Stones are dropped from monsters within Shrines. There is a Shrine for each of the eight elements. Shrine quests can be recognized by the shrine symbol above the quest. You can identify which element of the item you want to upgrade and search for the corresponding Shrine. Repeat completing this quest a few times in order to collect some of the Elemental Stones. 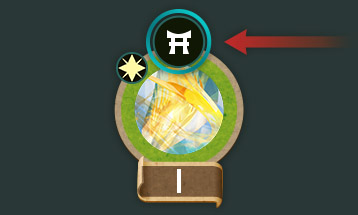 You can identify shrine quests by the shrine symbol above the quest.

Enter the Inventory tab and select the equipped item you want to upgrade. You will find the item's details in the upper part of the screen where you can click on "Level Up" to upgrade. This will increase the item's basic Power. At level 3, 6, 9 and 12 an attribute of the item will be unlocked. Attributes will also increase at each level up, granting the character extra power. At level 15 the item's effect will unlock. Notice that item changes will not be permanent until the character is sent on the next quest.

Every monster is dedicated to an element, which has one strong and one weak counterpart. Every equipped item with these elements will give you a huge bonus or penalty in your effective power against this monster.

Each element has one strong and one weak counterpart.

Most monsters are sensitive or resistant to certain ability effects which are granted through skills or an item effect. Ability effects will also increase or decrease your effective power against this monster. The effect resistances and sensitivities of a monster can be found in its tooltip. The effective power and all power modifiers are listed below the monster stats. 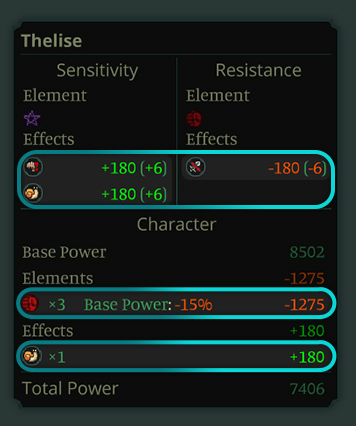 Ability effects can increase or decrease your effective power.

With increasing Power your character will be able to complete more difficult quests. As you may have noticed, a lot of quests are grayed out. These quests are locked and cannot be entered yet. Your character needs certain Keys to unlock these quests. To see which Keys a quest requires select the locked quest, then hover over the padlock symbol in the upper right corner of the quest overview in the Quests tab. Such Keys can be obtained as a reward by solving certain quests. 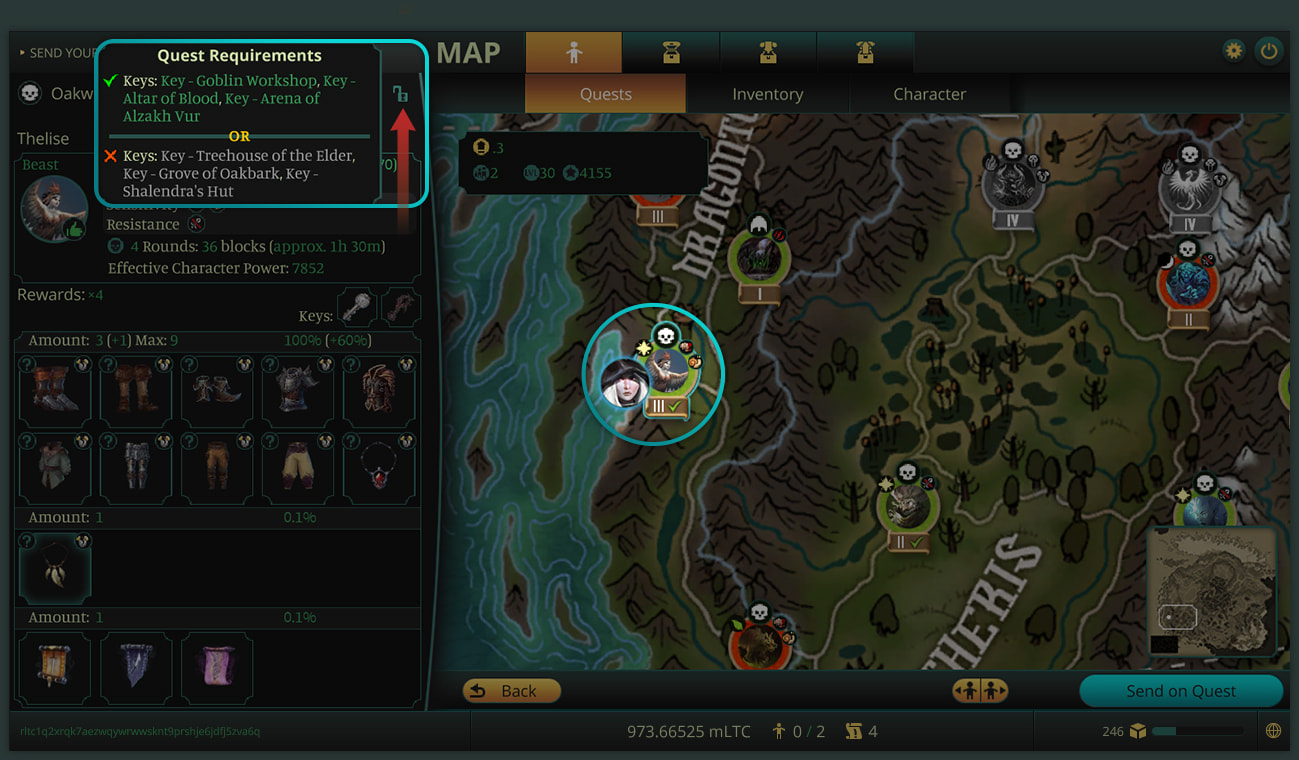 Your character needs keys to unlock most quests.

All basic classes can be specialized, when reaching the maximum level of 30 for the first time. In that case you will have to choose one of three different advanced classes for each of the three base classes. An advanced class uses the same type of equipment as the basic class but offers several advantages over it. They have higher basic Power, possess additional unique skills and can equip a special offhand item. Additionally, every advanced class is dedicated to one prime and a set of secondary attributes granting a higher bonus to the character's Power. Focus on equipment items with the right attributes and they will increase your character's Power significantly. 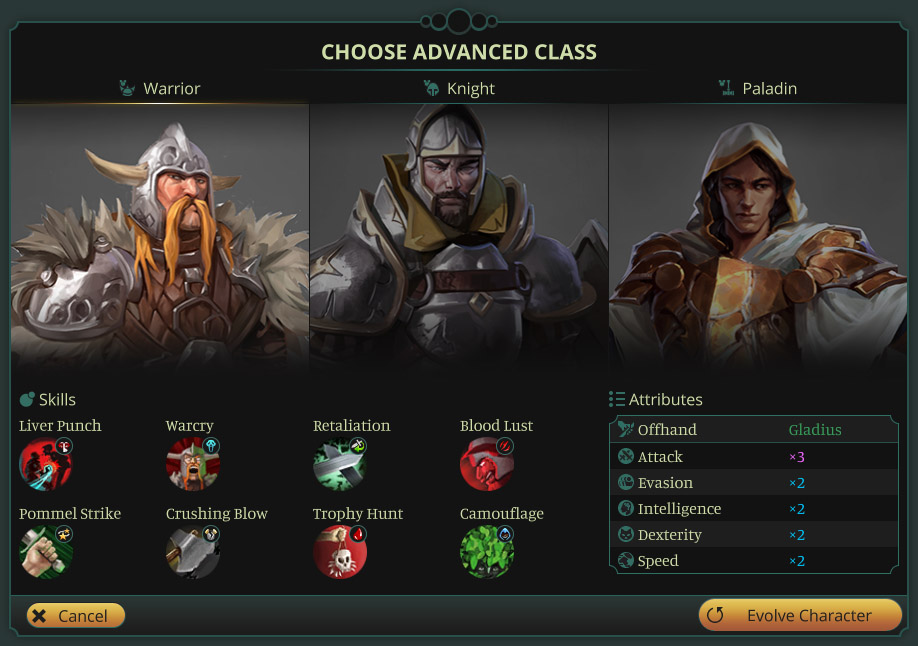 Evolves can be performed every time you reach the maximum level with your character resulting in a reset back to level 1 but with a permanent bonus to your character's basic Power. The first evolve will also specialize your class to an advanced class. But before you can evolve you will have to gather the needed resources. Search for the quest Dark Ancient Temple and complete it. The quest will reward you with 16 Blue Sky Shards. Now select your character and open the Character tab. Click on "Evolve" and choose an advanced class. 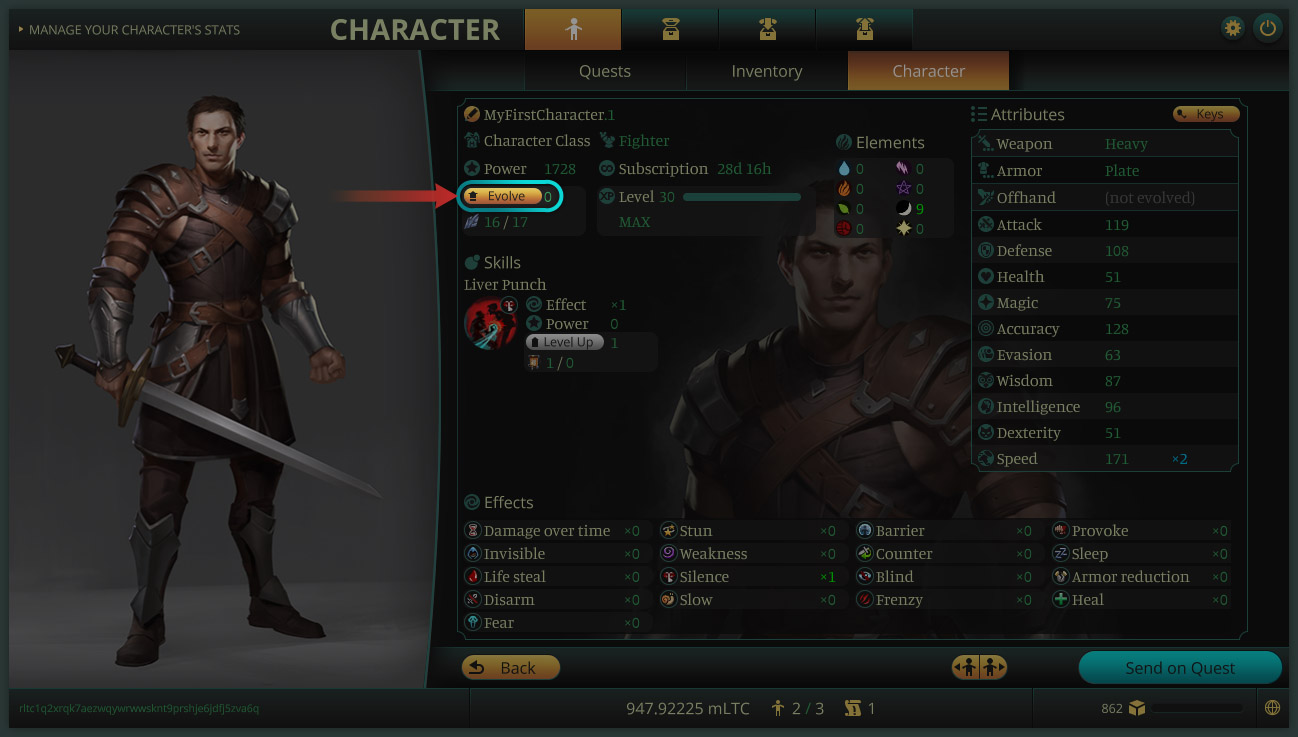 Evolves can be performed every time you reach level 30.
As a fully decentralized game, LiteBringer is still playable on the Litecoin Blockchain even though its development was discontinued at the end of March 2022.